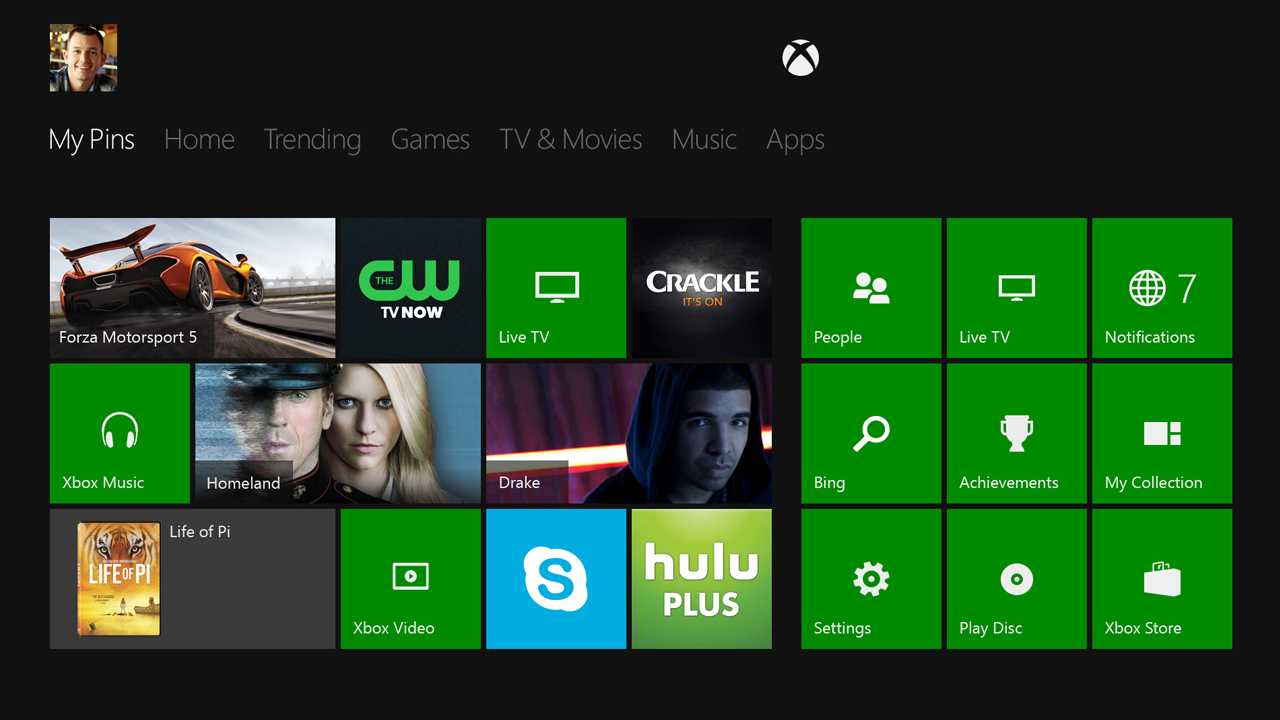 
To start off with you play a game and then, after something neat, either say “Xbox record that” or, if you don’t want online teammates to think you’re a stalker, click the home button twice and press ‘x’.

The Xbox One will record the last thirty seconds of footage (to increase the length of the recording up to five minutes, you need to ‘snap’ the Upload app to the UI). We now have a clip – but that’s the easy part.

In terms of “Xbox record that” I rarely use Kinect, though its evil eye still squats beneath my television. Its brand of voice control doesn’t come naturally, not least because it frequently misinterprets commands. Unfortunately the ‘double tap Home’ shortcut that is the alternative, used for a good few Xbox One functions, is one of the UI’s most enormous howlers. The difference between one tap and two seems to confuse the machine frequently.

Now to the store!
To actually do anything with your video, or record anything longer than 30 seconds, you’ll need to download more Microsoft software! Bill would be proud. Go to the Xbox Store and download the Upload app. Without this you can’t even watch your clips, so it’s essential.

Turn on your PC and Sign Up!
Upload will put the clip on Xbox Live for everyone to see, but if you want to get it on your PC – where you can take a screenshot – you’ll need to sign up for Microsoft OneDrive and download the software.

Back to Upload
Now you have the pleasure of finding out that Upload cannot, in fact, upload your clips as they are. No, you simple-minded fool, Upload can only upload clips that it has processed first. What this means is that you can’t just upload thirty clips at once. The quickest method is to stitch them together into blocks of five and then upload this to OneDrive.

Now to OneDrive!
You can now download these clips from OneDrive. Finally, you can run them in any video player and take a screen.

Or YouTube
You could also choose to upload your videos to Youtube, after editing them in Upload. To do this you have to download another app, the YouTube app, and upload from there. Seeing as YouTube does its own compression I figured the loss of quality through OneDrive would be less.

The final insult assassination
Except the videos that the Xbox One takes are only 720p in the first place and are compressed even further during the transfer, leaving you with screens that look awful. The screens accompanying this piece are from this process – look at them full-size.

In fairness some type of compression is inevitable, though what the Xbox One produces seems so low-quality the compromise has gone too far.

So there you go, that’s how to get a low-quality screenshot from Xbox One.

The process just described is Microsoft’s tentacles in action, turning what should be a simple process into a multi-levelled task that requires the installation of excess, bloated Microsoft software. The Xbox One’s definition of usability is in fact the exact opposite – this is a console designed to make life inconvenient for its players unless they sign up for other Microsoft services.

It’s not so much anti-trust, perhaps, as anti-user. And a little history makes amusing reading. When Bill Gates and Microsoft were in the middle of defending an antitrust lawsuit, an email of Gates’s was made public. In it he upbraids the then-Microsoft executive team for the nightmare he had trying to download Moviemaker at home, and the countless incremental steps Microsoft’s software demanded. After a nightmarish description (“that is just the start of the crap”) Gates ends by writing:

“So after more than an hour of craziness and making my programs list garbage and being scared and seeing that Microsoft.com is a terrible website I haven’t run Moviemaker and I haven’t got the plus package.
“The lack of attention to usability represented by these experiences blows my mind.”

“The fact that the Xbox One serves adverts to my homepage perfectly every time it starts up shows exactly where Microsoft’s priorities lie.”
A key part of the original Xbox’s concept was that it would be constructed from PC components and developing for it would be like working on PC [For more check out Pat's outstanding history of the original console's development]. It was intended to be a PC in a box. This changed slightly over time towards more custom elements, like the UI, because Microsoft’s team realised the crucial aspect of Xbox was that what came out of the television set had to in no way resemble the PC experience. Xbox was always about raw power and a great backend network, glued together by instantaneous ease-of-use.

The Xbox One is a backwards step from this principle, on both the software and hardware side of things. It’s full of unnecessary, anti-consumer design decisions. I can’t plug my Astro headset into the pad for chat, unlike on PS4 or PC, because Microsoft’s pad is designed with a custom jack. But I can pay Microsoft £20 for a headset adaptor and enjoy the privilege of using my own possession. Practices like this make a mockery of universal standards.

Or how about this one. I have a Hori arcade stick for the Xbox 360. It uses a USB connector, which the Xbox One has ports for, and obviously the exact same inputs as the Xbox One control scheme. An accessory like this is a significant investment. It doesn’t work on the

Xbox One
But hold up Rich, you say, Microsoft doesn’t owe you anything! True enough. But then you see something like this clip of a 360 Hori stick being used on Killer Instinct just before the Xbox One’s launch. And you realise that this functionality existed and has been deliberately patched out.


So what gives? Phil Spencer, as always, is the man I turn to for Xbox information. He told IGN in December that screenshots are “a little more technically challenging than I thought,” and that it would arrive in time and “now it’s just prioritising.” It’s not a straight comparison, but the fact that the Xbox One serves adverts to my homepage perfectly every time it starts up shows exactly where the priorities lie.

There are aspects of the Xbox One’s design I adore, like the object itself. The sheer physical magnitude makes my Wii U look like a Chihuahua. The designer of the PlayStation 2 once suggested the original model’s colour scheme reflected the oceans. The Xbox One’s design says “Look mate, I’m a big fucking box.”

I have all the major consoles, and I’m too old for console wars. Over its lifetime I’m certain the Xbox One will prove as good an investment as the PS4. But it’s only fair to finish off by comparing the Xbox One’s performance in the technically challenging task of producing screenshots to its fierce rival the PlayStation 4.